A week ago Friday, my daughter and I were making our way down Broadway toward 34th. We passed Spider-Man in the crosswalk.

No one made any note of it. Not one pointed, stared, pulled out their phones to take a picture. Not even the tourists. People just went on walking in both directions, while Spidey went on about his business.

That is the world Stan Lee left to us this past Monday.

I have never met the man, face to face anyway. I’ve been in attendance at numerous conventions and comic shows where’s he’s been a featured guest.

Until I was in my mid-twenties, I had the ambition of going to New York and working for him.

In my late twenties and thirties, I had the ambition of being like him; that is, to be a comics creator and publisher.

With his passing, I realize that now in my early fifties, I have been him…in a limited way, at any rate. I have created comic characters and series. I have written and drawn various comic books. I’ve re-imagined and revised, and ret-conned those characters as time, the world, and I have matured. I’ve published on a limited scale, books of my own creation. I’ve produced and directed films. I continue to work on developing that media empire that I saw grow from the 1970s to the present day under the auspices of Marvel Comics and Stan the Man Lee.

I would probably have done none of this if there had not been a Stan Lee.

Yes, he revolutionized the industry, took characters out of their fictional flat worlds and made them real people, with real lives, living in Brooklyn, and Queens, and the Village. Yes he made these heroes into role models for kids growing up in the Sixties and Seventies and dealing with the changing landscape of American life, counter culture, the growing distrust of established institutional authority, and the changing nature of our relationships with each other.

But to some daydreaming kids in the poverty stricken small towns of rural Appalachia, he did something much more important. He legitimized a creative lifestyle. He showed that someone could do these things and be successful, applauded, and respected. He did it by hard work, tenacity, and not a little hutzpah, rather than having some rich benefactor or long family line of privilege. He made being creative as much a part of the American Dream as any other “normal” career.

And frankly, that’s why I have done what I have done. I came from a community where creative endeavor was not only devalued but actively discouraged and mocked on a daily basis. To have gone on in my life and achieved my own portion of success, applause, and respect for doing these things that Stan did, is the greatest legacy that he could have left.

I never met him. I don’t feel that I ever really needed to. He talked to us all, directly, in every issue, with respect to our intelligence, and appreciation for our continued support. And yeah, maybe, there was more than a little hucksterism involved in that, but in the end we grew to be better people, I think, and that’s not such a bad thing.

If I’m lucky, I’ll get another forty or fifty years of more or less useful time on this earth, and the chance to introduce my own “universe” to a wider audience like Stan did. If not, I’m satisfied that I’m working toward that, a little bit every day, and I don’t intend to give it up anytime soon.

So here’s to you, Stan; my friend, my mentor, and to all those you brought along the way that now await you on the other side. I’ll take up that torch, and try to make you proud. 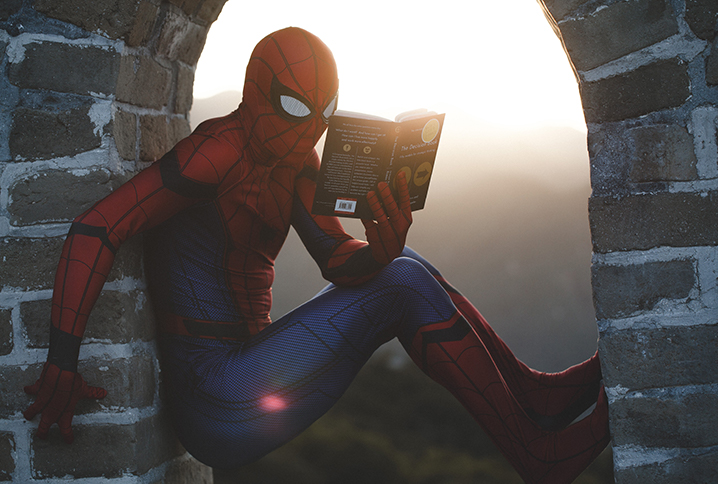 Photo by Raj Eiamworakul on Unsplash